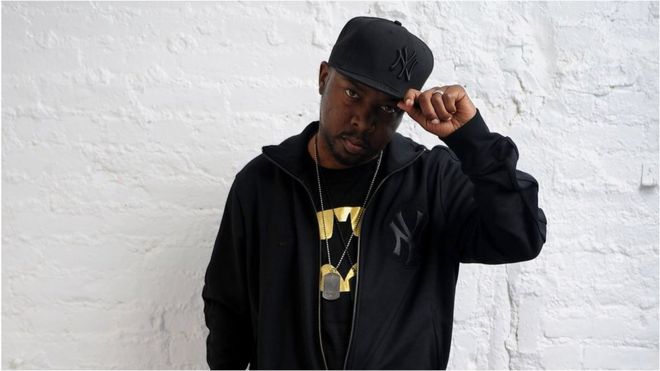 Rapper Phife Dawg, a member of rap pioneers A Tribe Called Quest, has died at the age of 45.

The musician had been struggling with ill health and diabetes for several years, and received a kidney transplant from his wife in 2008.

Born Malik Isaac Taylor in 1970, he co-founded the philosophically-focused rap group in 1985 with his classmates Q-Tip and Ali Shaheed Muhammad.

Their biggest hit came in 1991, with the single Can I Kick It?

The band recently reformed to perform the song on Jimmy Fallon’s US chat show, as they marked the 25th anniversary of their debut album People’s Instinctive Travels and the Paths of Rhythm.

News of Phife Dawg’s death emerged on Twitter, where producer and broadcaster DJ Chuck Chillout posted an RIP message in the early hours of Wednesday morning.

Rolling Stone magazine later confirmed his death, although an official statement has yet to be released.

Rapper Chuck D was among those paying tribute to the star, calling him “a true fire social narrator“.

BBC 6 Music DJ Gilles Peterson said Phife and Q-Tip “complimented [sic] each other like Lennon and McCartney“, adding “their albums changed my life”.

EL-P from rap group Run The Jewels simply posted: “Rest In Peace Phife” alongside a video of fans chanting along to the rapper’s verse in Buggin’ Out.

A native New Yorker, Phife appeared on all five of A Tribe Called Quest’s albums, acting as a punchy foil to the more mellifluous Q-Tip on tracks like Check The Rhime and Scenario.

He nicknamed himself the Funky Diabetic and the Five Foot Assassin – a reference to his diminutive stature – and his self-deprecating swagger became one of the band’s trademarks.

Along with acts like De La Soul and Queen Latifah, the band were part of an overall movement that challenged the macho posturing of rap in the ’80s and ’90s. Their lyrics addressed issues like date rape and the use of the N-word in the track Sucker Niga, and avoided the hip-hop cliches of gunplay and expletives.

Musically, they fused jazz with hip-hop, often rapping over a drum loop and an upright bass – while 1991’s complex, atmospheric The Low End Theory has often been ranked among the best hip-hop albums of all time.

Can I Kick It? was one of the band’s more atypical songs – a gleeful barrage of nonsensical wordplay, based around a sample from Lou Reed’s Walk On The Wild Side.

Despite the song’s enduring appeal, Phife was not a fan. “It’s hard for me to get into Can I Kick It? for the simple fact that I hated my voice back then,” he told Rolling Stone. “It was high-pitched…. and I couldn’t stand it.”

Disagreements between Q-Tip and Phife eventually derailed the group and in 1998 they announced their fifth album, The Love Movement, would be their last.

Following the group’s dissolution, Phife continued to battle diabetes, reuniting with the group for occasional live shows – partly to help cover the medical costs of his type 2 diabetes (often mis-reported as type 1).

He suffered renal failure in 2008 and received a transplant from his wife – but was back on the waiting list for a kidney four years later.

“It’s a strain on me as far as going where I want to go, doing what I want to do,” he said. “When I was on dialysis the first time, my stepson was playing basketball [and] I couldn’t practice with him. I wanted to go out and run with him and things of that nature, but I didn’t feel good.”

At the time of his death, Phife was working on a solo record, Muttymorphosis, which he described as “basically my life story”.

A clip from the first single, Nutshell, was released last September, but the full track has yet to surface.

Reflecting on his career last year, the rapper said: “It’s odd in a good way. I never expected it to be this big. I just thought we were going to be celebs in the hood. Like, honestly, within 25 years, when you go to places like Australia and Japan and Amsterdam and London and Germany and these people know [the songs] word-for-word, it’s crazy.”